Bridging The Gulf by Malcolm Hollingdrake

This fast moving, thought-provoking thriller is set partly in the stunning beauty and history of Turkish Cyprus.

The novel follows one man’s struggle against faceless bureaucrats bent on negating the existence of Gulf War Syndrome.

Roy Hanna is a driven man. On his return from the Gulf War, in which he was injured and his comrades killed, he appears to be a successful salesman with everything he could want. Behind his facade, he believes he is suffering from Gulf War Syndrome and that the Government is carrying out a massive cover-up.

The lives of countless sufferers lie in ruins. He is determined that the Government should pay and he embarks on a bombing spree to ensure that it does. 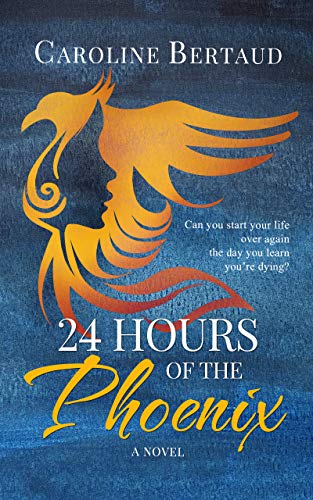 Happy Publication Day to Caroline Bertaud for the release of 24 Hours of the Phoenix I have read and reviewed this brilliant new release and highly recommend it. Click here for a sneak peak of the first chapter on Caroline Bertaud’s website Click here to view book trailer […]

Happy Publication Day to Emma Robinson for the release of One Way Ticket To Paris I have read and reviewed this brilliant new release by Emma Robinson and you can view my review here.    When I was a kid and I’d lost something, my dad always said […]

Happy Publication Day to Josie Silver for the release of the paperback of her best selling book, One Day in December I have read and reviewed this brilliant romance. One Day in December is a beautiful story of friendship, romance and a love triangle with a difference. This is […]

Happy Publication Day to Owen Mullen for the release of his latest book, In Harms Way I have read and reviewed this brilliant new release by Owen Mullen. In Harms Way is a riveting domestic thriller set in Glasgow. The story is a brilliant white knuckle read and if […]